Instant payments gradually emerged around the world at the beginning of the 2000s. In Europe, they first appeared in the United Kingdom (2008), followed by Sweden and Poland in 2012 and Denmark in 2014. A unified scheme, SEPA Instant Credit Transfer (SCT Instant), only emerged in 2017.

Interestingly, each local system adopted different approaches to design and implementation and kept some local specificities.

What are the common patterns across European countries’ real-time payment solutions?

Instant payments are aimed at being processed and cleared 24/7/365. But there are a few limitations in some local systems.

Within seconds (usually 5 to 10), funds are made accessible to the beneficiary, and the funds deposited to their account are irreversible and immediately available to the account owner. A standard message is provided to the payer if the transaction is declined.

Here again, some local limitations may exist. In the UK, faster payments might take up to two hours to reach the beneficiary’s account.

Even though the need for instant payments has been increasing over the past ten years, traditional payment infrastructures have not been able to keep up with demand. Credit transfers were typically cleared and paid within one weekday (t+1) until a few years ago. Thus even the advent of intraday clearing represented a significant advancement.

In order to ensure real-time payments, three systems and philosophies have been designed in Europe.

In this system, the settlement of each payment is performed in real-time on an ongoing basis. The immediate and final settlement of the payment occurs simultaneously with the participants' exchange of payment orders.

Consequently, participants in the system will need a high volume of liquidity and implement specific security measures on their dedicated accounts.

This second system is the most frequently used across the EU.

Payment orders and execution of payments are done during dedicated clearing cycles. Settlement of payments occurs at a different time within settlement sessions: a settlement agent – usually the Central Bank – credits and debits each participant’s account to the system.

The main advantage is that you don’t need such a high volume of liquidity as in the real-time settlement system. Orders do not have to be settled one by one and covered by funds.

On the minus side, higher security measures are necessary in case of issues to guarantee payment execution. This system has been adopted in the UK for its faster payment service.

This system implies that each participant has a defined limit of transactions, covered by funds earlier deposited on a dedicated account.

How the EU aims at unifying standards and schemes? With each country adopting its own vision of how to implement local instant payments, cross-border operations were getting increasingly complex.

The scheme requests to adopt a few features, including:

What are the benefits of local real-time payments in European countries?

The core of the modern economy relies on efficient and secure payments. Businesses cannot ignore the rising demand for faster transactions in a customer-centric world. These expectations are true both within the B2B and the B2C world, for businesses and merchants alike.

The need for real-time payments is global: all continents are looking for ways to replace the ease of cash payments with digital solutions.

From a bank point of view, real-time payments:

What are the main drawbacks regarding real-time payments?

From a consumer point of view, some potential additional fees may appear because of this system. Perhaps more crucially for the customers, in countries where the adoption of the new system is not large enough, it can be challenging to understand where instant payments can be used.

For the banks, single real-time transactions are limited in value and maintenance costs may be high.

Fraud is also an essential factor to consider. Faster payments might mean faster fraud in some cases.

Also worth mentioning is the potential high competition for the service operators. Additionally, more traditional mobile phone payment solutions exist in countries where instant payments are accessible through mobile applications, such as Google Pay or Apple Pay.

An overview of European real-time payment systems, country by country

Bizum is an instant payment service that lets users transfer money from their account to another person’s account without needing to know their account number. The transfer is made through a mobile phone.

Bizum is built according to the SCT Inst standard. In short, it is an informational layer leveraging the new SEPA real-time payment standard.

Following a three-month public consultation in 2016, the central bank decided to implement the scheme and began setting up the national project in collaboration with the clearing house GIRO Zrt, the operator of the current retail payment systems, and 35 payment service providers (PSPs) on an obligatory basis.

Despite Hungary’s absence from the eurozone, the local instant payment system was designed to be implemented in a way that complies with standardised European standards.

Since numerous Hungarian banks based their instant payment projects on those of their international parent banks, and IT developers were more experienced with European schemes, this was also seen as being crucial for lowering the development costs of payment service providers.

Czech’s CERTIS Instant Payments was launched in November 2018. The state of payments in the country is slightly different from what is found elsewhere in the EU. In 2017, the Czech Republic had the largest number of credit transfers per capita (171.8) in Europe (vs 62.6 on average).

Faster Payments was launched in the UK in May 2009. It was the first payment system to emerge in Europe.

Thanks to a dedicated program launched in 2014, the number of direct Faster Payment System participants has more than tripled, with more still in the pipeline. In 2018, the launch of new rules allowing non-banks to open a settlement account at the Bank of England, saw the first non-bank join as a direct participant.

To be noted is the fact that some payments in this system may take up to two hours to be completed.

Faster Payments Service exists alongside other real-time systems in the UK, such as BACS.

Denmark is at the forefront of the European instant payment landscape.

Launched in November 2014, Straksclearing is reaching the country’s 10%-bar of volume shares by payment instruments.

Banks must join Straksclearing and the Kronos payment system run by the central bank in order to offer real-time payments. Real-time payments are also provided by mobile payment companies like MobilePay in addition to banks. Instant payment in-store purchases are getting increasingly popular thanks to some QR code systems.

Denmark agreed in 2021 to merge with closely related systems, Finnish Pivo and Norwegian Vipps, to unify payment solutions across Scandinavia. The case was still not settled in late 2022, the European Commission being concerned about potential issues with competition regulations and Pivo announcing its will to withdraw from the merging a year later.

Poland was one of the earliest adopters of real-time payments in Europe and has two systems in place, both launched in 2012: Express Elixir and BlueCash.

Express Elixir is the first in Poland and the second in Europe (after the British solution) professional clearing system, which allows the direct execution of instant money transfers. Krajowa Izba Rozliczeniowa, Poland’s payments clearing system, launched it.

The system runs mostly 24/7/365 but this is not true for all bank providers, which may have some breaks over the weekend.

For larger amounts, SORBNET2 also exists in the country as a large value transfer system (LVTS). 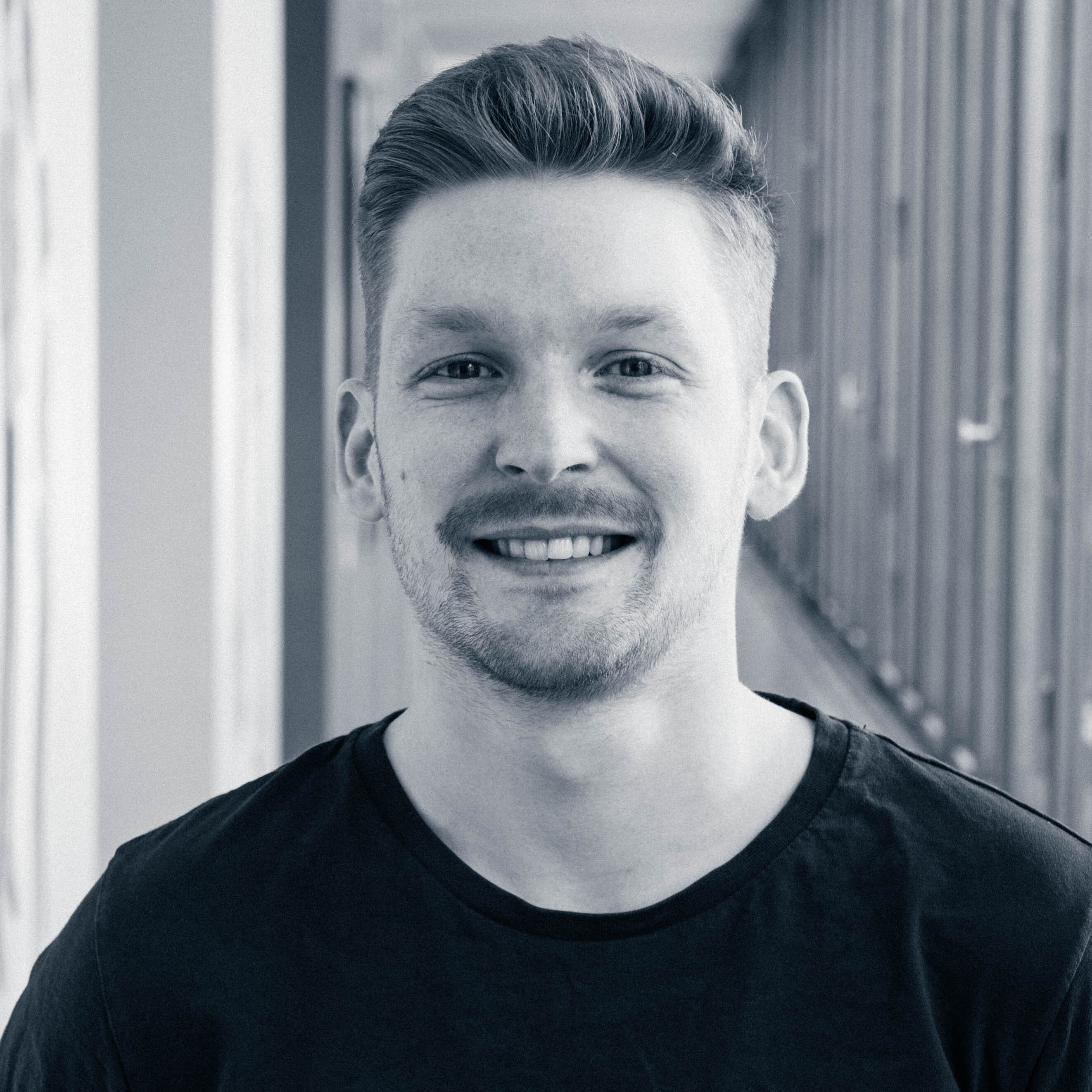 Discover the background and get more details about the 21% of European banks with high API readi ...
View more
Instant Payments

The State of Instant Payments in European countries

Instant payments gradually emerged around the world at the beginning of the 2000s. In Europe, th ...
View more
Instant Payments

The importance of EU regulation for instant payments in 2023

Since its introduction in 2017 by the European Payment Scheme, the SEPA Instant Credit Transfer ...
View more
Instant Payments

How instant payments will change insurance

Claims are when the true value of insurance is realised for policyholders. And 53% of them are w ...
View more